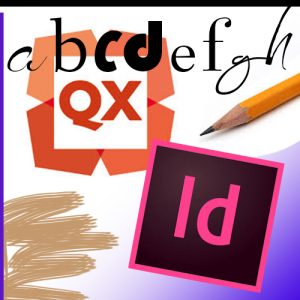 Delighted to have a guest blog by Martin Turner — author of Desk Top Publishing with QuarkXPress 2016, 2017 and 2018!

Here’s a philosophical question which probably doesn’t make it onto many university courses: What is DTP?

Desktop publishing was a term coined at Aldus in the 1980s for a new category of software. Desk top publishing (with a space) is something people have been doing for two-thousand or more years.

The story is that the monks of Lindisfarne invented the pencil in order to draw the lines for the pages of the Lindisfarne Gospels, arguably the greatest treasure of the Dark Ages. Six hundred years before that, the early Christians were busily exploiting the new publication format, the book (it was scrolls before then) to publicise their subversive ‘Gospels’. 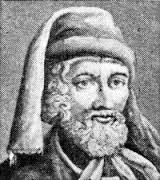 Fast forward from there fourteen hundred years, and Johannes von Gutenberg and later William Caxton are turning the handcrafted works of the monks and mass-producing them. It wasn’t until the 19th century that printing left the desk top (or the work bench) and became, at least for a while, a purely industrial process. So when Aldus released Pagemaker in 1983, they were just putting back into the hands of the individual the power that had been lost for a brief century and a half: the power to assemble, composite and produce printed pages.

Which brings us back to the question. What is DTP, really?

DTP pulls in pictures and text, lets you move them round the page, and allows you to output them to a printing press, at a level of quality that matches the phototypesetting and compositing of the pre-DTP era, or better. 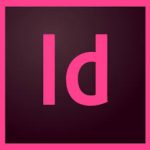 There’s been an arms-race of features between InDesign and QuarkXPress for the last ten years. Quark has tended to introduce more production-led features, such as job jackets. InDesign has tended to port features across from Illustrator, and to integrate more tightly with other applications in the Creative Suite (or, later, Cloud). People moving from one to the other usually move up a generation when they do, so, naturally, they find more features in what they just bought than in what they had before. Largely due to the business model of bundling it for free, more than any actual advantages, most of the movement has been from Quark to Adobe over those ten years. That means that most people imagine that InDesign has more features. That’s hard to sustain, but we’ll let it pass for the moment.

What is definitely true is that during those ten years, there haven’t been any fundamental advances in the things which are core to the nature of DTP, neither in Quark nor in InDesign. They have both refined the process. They have introduced better systems for style and colour management, better controls, more responsive tools, more advanced automation. But it’s all, at heart, the same. 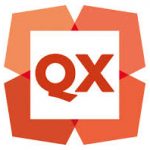 QuarkXPress introduced two new features which make a big difference to DTP’s core activities. There are quite a few other nice new features, but it is these two which are fundamental. One is an input feature, one is an output feature.

The input feature is native conversion of clipboard objects and PDF files.

Ah, you say, InDesign has had that for years. It has, but only imperfectly. If you tried to paste or import an Excel chart, InDesign would keep it as either an image or a plain PDF. If you wanted to actually break it down or restyle it, you needed to paste into Illustrator (or import it). But that never worked properly. The chart itself would come in, but all the text would come in as garbled gobbledegook which couldn’t be retrieved. The main reason why Illustrator has its own chart function is because it really can’t work with Excel charts. This is Excel’s fault, not Adobe’s: Office documents are notoriously badly behaved when it comes to PDF output or the clipboard. Illustrator is more capable than InDesign in terms of importing things from other applications, but if you try importing a GIS derived map from, say, Magic Maps, the limits quickly become problematic. InDesign simply gives up and gives an error dialogue. Illustrator imports the whole of the UK even though you only want Leicestershire. Waiting for the screen to refresh is like being back in 1983.

QuarkXPress does it right. Most of the time it gets it right by just pasting as native objects. Certainly on my Mac, the Excel charts that either had to be completely remade in Illustrator, or else left in Excel’s own over-identifiable style, now come across in easily re-stylable graphics and correctly interpreted text. Paste doesn’t always work, but if you drop back down to importing and converting a PDF, the vast majority of application-derived graphics now go native.

Why this is important (you already spotted it) is because while EPS, AI and PDF files can be imported and passed straight through at any size in InDesign or earlier versions of Quark, if there’s any text in them it will either be an off-brand font, or, even if the right font, will be an off-style type size once you’ve scaled it. Your pristine design on a Swiss grid is not improved by the presence of what should be Frutiger 9, 10 or 12 point at, variously, 7.76, 9.47, 11.25, and most especially in charts, an undecipherable 3.42 point. Add to that the need to get the colours into the branded palette, and the power of native objects suddenly becomes not merely desirable, but essential.

The output feature is native output of HTML5 publications.

With just a few clicks, QuarkXPress turns print documents into interactive web-apps. With just a few slight differences—HTML5 doesn’t support Open Type special features, for example—the output in HTML5 will by layout and typographically identical to what was in QuarkXPress.

There have been attempts at this before, both in QuarkXPress and in InDesign, but they have been partial, incomplete, never entirely successful. Quark has previously offered the App Studio, which creates paid for native smartphone and tablet apps. They worked very well, at a price. QuarkXPress does the same thing—for free.

A new form of input, a new form of output. The previous, incomplete and unreliable, attempts at both of these are now rendered obsolete. We haven’t seen anything of this kind for a long, long time. 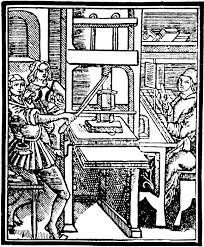 At a slightly more philosophical level, DTP is the power to publish yourself without being beholden to anyone or anything. Like the early Christians smuggling their subversive Gospels round the Roman empire, or like William Tyndale printing his Bibles in Antwerp to be smuggled back into Britain—like the secret printing presses in Resistance France, or the pamphleteers on both sides in any number of civil wars or dictatorships, DTP offers you, your client or your organisation the power to print and distribute what you like, when you like it.

You’ll be pleased to know, therefore, that QuarkXPress remains buy-to-own, subscription-free. Even if you never upgrade again, so long as you keep a version of your operating system on which it will run, you can continue to load up and print your old Quark files for ever. Johannes Gutenberg would be proud of you.

Author of Desk Top Publishing with QuarkXPress — available on Amazon,

This website uses cookies to improve your experience while you navigate through the website. Out of these, the cookies that are categorized as necessary are stored on your browser as they are essential for the working of basic functionalities of the website. We also use third-party cookies that help us analyze and understand how you use this website. These cookies will be stored in your browser only with your consent. You also have the option to opt-out of these cookies. But opting out of some of these cookies may affect your browsing experience.
Necessary Always Enabled
Necessary cookies are absolutely essential for the website to function properly. This category only includes cookies that ensures basic functionalities and security features of the website. These cookies do not store any personal information.
Non-necessary
Any cookies that may not be particularly necessary for the website to function and is used specifically to collect user personal data via analytics, ads, other embedded contents are termed as non-necessary cookies. It is mandatory to procure user consent prior to running these cookies on your website.
SAVE & ACCEPT